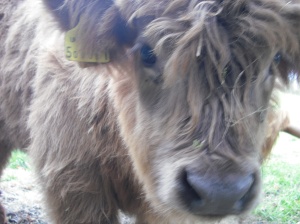 They do say (whoever they are) that by trying something new it keeps the old grey matter working, well I can honestly say my grey matter was in overdrive whilst hosting a Rock n Roll Bingo night for ‘The Caravan Show’ in Malvern! Should have known it was going to be one of those nights when the first thing to happen just as we got started was the lights going out so no one could see, followed by complaints that Robbie Williams and Rod Stewart doesn’t constitute the term ‘Rock n Roll’ and then just as you think that nothing else can go wrong, the CD sticks on the B 52’s and Loveshackkkkkkkkkkkkk! Having said all that, the few hundred that turned up (and stayed) seemed to enjoy themselves. The weekend consisted of quite a lot of gardening, catching up with the neighbours and going to see a patch of land that might be available to rent, so fingers crossed.

I managed to catch Strictly on IPlayer at the weekend, what a mixture of characters and isn’t that Nancy woman peculiar?! Anton will be having his patience tested for sure and I’m not being rude, but I reckon she’s doing what my Mum did when she got to the age of 49, she just stayed there!